I use this function very regularly and it saves a LOT of keystrokes.

For reference, this is what the Preference settings look like in QM2007: 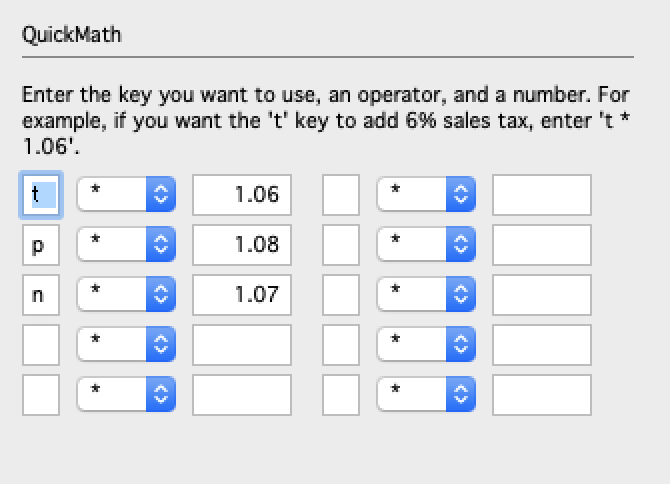 Ideally, it should not be limited to just 10 settings, as there have been times where there is a need for more.

Be sure to click the little dark grey triangle under the VOTE count in the yellow banner below, so your vote will count (it may take a moment for your vote to register).
(If it is light gray, your vote has been registered). Your VOTE matters!
Have Questions? Help Guide for Quicken for Mac
FAQs: Quicken Mac • Quicken Windows • Quicken Mobile
Add your VOTE to Quicken for Mac Product Ideas

Object to Quicken's business model, using up 25% of your screen? Add your vote here:
Quicken should eliminate the LARGE Ad space when a subscription expires