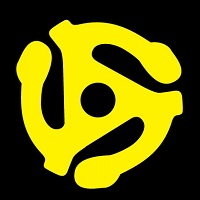 Planethill Member ✭✭
August 2018 edited October 2018 in Bank Accounts, Downloading, and Categorization (Windows)
Hi everyone,American Express cards have an option that allows you to select certain charges and defer them.  What they call "Pay Over Time" or previously "Sign and Travel".  Both use the same account number, as they are in essence the same account.  Today in Quicken 2017, everything gets downloaded in one large pile so it is very difficult to understand what the balance is for each.  Example: If you have $1000 in charges that you are paying over time, and you charge $500 this month, the download still says you owe $1500, when actually you don't.  You owe $500 + the Pay Over Time minimum payment.    Years ago in an older version of Quicken, the solution was simple. You would simply create a second AMEX credit card account, and append a 1 or 2 to the account number.  1 would give you standard AMEX charges and balances, and 2 would give you Pay Over Time charges and balances. It worked fantastic but with Quicken 2017, sadly this no longer works.Is their a trick to doing this in Quicken 2017 or Quicken 2018?Thanks!
0