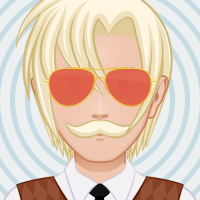 Dan Glynhampton SuperUser ✭✭✭✭✭
November 2018 edited August 2019 in Rental Property and Business Tools (Windows)
The latest version of Quicken (at least the windows version, I have no experience of the Mac but assume it is the same) includes the capability to email reports directly from within Quicken. This is potentially a very useful capability to send your information to, for example, the financial professionals who assist you with managing your money.

However, emailing your personal finance information unencrypted over the Internet is not good practice. As currently implemented, the report which is emailed could be read by anyone able to access it.

I’d like to suggest that an option be added to Quicken to encrypt (protected by a password) the PDF and Excel files of reports that can be created and emailed directly from within Quicken. I would envision it working as follows:


• When emailing a report, if the Preferences option to encrypt is set, the user would be prompted for a password during the email creation process, and the resulting attachment would be protected by that password.


• The password used would obviously have to be pre-agreed with the recipient or sent to them by a separate route to the emailed report.

Sending unencrypted financial information over the Internet is clearly unwise, so I hope this idea will gain support from the user community and be implemented by Quicken.
US Quicken Deluxe for Windows Subscription R28.16 on Windows 10 Pro v2004
Tagged:
2
2
Up
2 votes