Does Quicken integrate with ApplePay ? 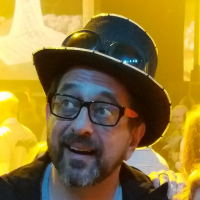 “A man hears what he wants to hear and disregards the rest.”
Simon & Garfunkel (The Boxer)
0