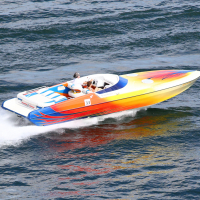 This is a Sam's Mastercard which first had issues a couple of years ago when the financial institute "Sam's Synchrony Credit Card" (which had worked for years) just quit working all together and I found at that time that if I changed the financial institute to "Sam's Club Personal Credit Account" everything was fine and remained that way for years until, around a year ago, when One Step Update again threw an error and the only way to fix it was to, once again, change the financial institute back to "Sam's Synchrony Credit Card" which, at that time, started downloading pending transactions for purchases made in a Sam's Club Warehouse but all other transactions did not download until they actually posted. I found that I could live with that since I had very few transactions from Sam's Club Warehouse and was more than happy that One Step Update was once again working.

Well, a few days ago One Step Update could not connect with Sam's Synchrony and after a few days of this I, once again, changed the financial institute from "Sam's Synchrony Credit Card" back to "Sam's Club Personal Credit Account" and BINGO! One Step Update was again doing it's thing but it has now started downloading all pending transactions regardless of where the purchase was made.

So that's the issue or issues that seem to be a regular thing with Sam's Synchrony.