Ability to hide or toggle off the new feature in sidebar, Separate Accounts (Q Mac) 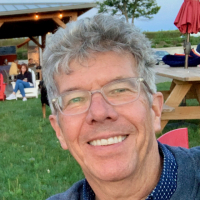 Michael Erb Windows Beta, Mac Beta Beta
July 2020 edited July 2020 in Display/UI (Mac)
I do not like to see superflous items in my Account List in the sidebar. I object to the introduction of the new "feature," Separate Accounts, which is always there with no ability to hide it. Please give users the ability to remove that or hide it or toggle it on or off.
12
12
12 votes

«12»
This discussion has been closed.