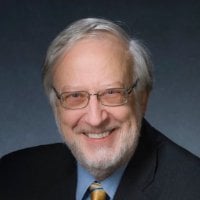 Ray Cosner Member ✭✭✭✭
August 2020 in Errors and Troubleshooting (Windows)
Tax Planner, in two categories, shows a correct total in the detail transaction breakout but carries an incorrect total to the summary at the top of the category page and to the overall tax calculation.  The discrepancy is large (about $50k).  I have reported this to Quicken via "Report a problem" including screen shot and sanitized data file.

The two impacted categories are "Other Income/Taxable IRA/pension distribution" and "Withholding/Self".  No other categories are affected.  This only happens when I use the "Scheduled Transactions" to estimate my year-end tax situation.

This has been a recurring problem since February 2020.  Before then, Tax Planner had been working fine for more than a year.  I can temporarily fix it (see below) but this error always returns.  Validate only reports one issue, with a stock split that occurred in 1996.  I thought this problem was fixed on May 4 following a user suggestion to delete and rebuild all the scheduled transactions, but it returned on June 6, and again on June 17, July 2, July 3, July 17, Aug 3, and Aug 4 (today).  Validate has cleared the problem today, but I am sure I'll see it again in the near future.  After each date listed above, I have run Copy, Validate, and Super-Validate and verified the problem was gone.  The previous thread on this is: https://community.quicken.com/discussion/7872941/tax-planner-inconsistency#latest , where I was having extended discussions with @markus1957 and @artg .

Currently running Quicken Windows subscription R28.10, but I this problem began when I was running R24.14.  Running now on a new computer purchased last month, with Windows 10 Home, latest build 18362.959 .
0