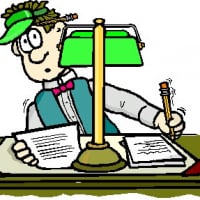 Frankx SuperUser ✭✭✭✭✭
September 2020 edited September 2020 in Download, Add/Update Accounts (Windows)
I received multiple OL-362-A errors this morning for the first time ever for these accounts.  They are across a number of well known Financial Institutions.  Accounts with ETrade, TD Ameritrade and Vanguard while using One Step Update.  Version is R28.24 (build = 27.1.28.24) - Windows 10 Home - version 1909

Anyone else seeing this?