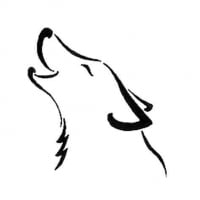 Studpup Windows Beta Beta
October 2020 edited October 2020 in Download, Add/Update Accounts (Windows)
Win10, Q27.1.29.16, create new quicken file[Removed-Steps] add my ewc bank account and everything's fine. Create a new file, manually download the qfx file, everything's fine. Create another new quicken file, keep it as QCS, add my bank account, and all transactions under $1 during download are changed to "Subordinate Micro Deposit" with zero value. One for each small transaction. Then, each day there's a "Combined Micro Deposits" entry added which contains the sum of all the mangled transactions, but changed to a deposit, even if the transactions it replaced were payments from the account. Thoughts/ideas welcomed. Obviously I'll just stay with FDS, but is there a plan to phase it out? Documenting this in case anyone encounters it in the future!
I'm not a quicken employee, just trying to be a helpful pup!
1