Home› Quicken for Windows› Download, Add/Update Accounts (Windows)
Quicken Community is moving to Single Sign On! Starting 1/22/21, you'll sign in to the community with your Quicken ID. For more information: http://bit.ly/CommunitySSO

Why Bank of America Download Issue with One File Only? 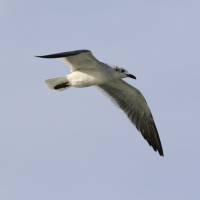 gt00tx Member ✭✭
January 3 in Download, Add/Update Accounts (Windows)
OK, I’ll try to be as clear as possible on this issue. Yes, I have seen Kathryn’s post in Dec 2020 about BofA blocking Quicken access. Nos sure it's related.
First, I saw a couple weeks ago when I did an update that my main BofA checking account showed a ton of “New Match” items. I don’t recall seeing these before when updating and was perplexed. Isn’t New Match used when there is already a like transaction entered when another one is downloaded? Was it seeing previously downloaded transactions and confused? Because, I didn’t enter them manually.
Moving on… due to a critical family issue over the last two weeks, I had not been able to take the time to address and understand it. Likewise, IF I did more updates, I was not noticing that it was not updating past 12/18. Again, maybe I haven't been paying attention when I did updates and was more concerned about some other accounts.
At any rate, I get a proper BofA update in another File I use for tracking my mom's accounts as well as a brand new test File I created... works perfectly for five BofA accounts! But, for my existing main Quicken File, the one I really need, it just won't update any of the BofA accounts!
I closed and reopened Quicken, no help. I tried ‘Improving’ my connection, but I don’t want or need Direct Connect and it didn't work anyway. The only error I got, multiple times, was ‘The referenced resource (parameter=id blah blah) has been deleted.
Tagged:
0