Incomplete conversion from 6.0.3 file to 6.1.1 file or reconciliation problem? 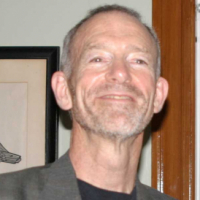 mrooney Mac Beta Beta
February 3 in Registers & Transactions (Mac)
I have a Quicken 6.0.3 file with data in a credit card account going back to 2010. When I converted a duplicate of my 6.0.3 data file to 6.1.1 the file appeared the same in 6.1.1. The reconciled checkmarks are there. The end date in 2010 is the same.

Then I wanted to reconcile the card. The reconcile window does not go back further than 2019. I know there is a problem reconciling this account. I could not reconcile it in 6.0.3 without starting from 2010. My guess was I had clicked on a transaction somewhere that had been previously reconciled and either 6.0.3 did not tell me I was messing up a previously reconciled account or somehow I missed the alert and ended up effectively unreconciling the account.

When I start a new reconciliation using the 20 Dec 2017 statement and amount I get a reconciliation window with no transactions and a difference of -$26,175.10!

How is that possible? The reconciliation window only showed transactions starting in Jan 2018 which is later than 20 Dec 2017.
0