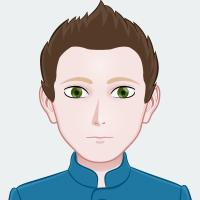 JayBugs Member, Windows Beta, Mac Beta Beta
February 2021 in Product Ideas - Quicken Mobile
As soon as the first day of the month rolls around I can no longer see how I did last month on my budget. If I can see last month, how can I have any idea how to spend this month?

Even before rollover is implemented from month to month, at least let us select the current month or the last month when viewing the budget on Quicken Mobile. (This is for use with QMac but should be implemented for QWin as well.)
-Jay
Tagged:
3
3
3 votes