Transfers within same financial institution do not debit or credit properly 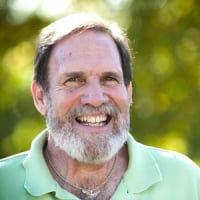 Tony Dalia Member ✭✭
March 17 in Registers & Transactions (Mac)
OK this is my third week after switching to an iMac, and in Windows I would record transactions when they happened and match them when they downloaded. BUT on the Mac when I enter a transfer (for example from checking to savings) the credit vs debit doesn't calculate properly. If I change a debit to a credit it stays that way in the receiving account causing it to be off double the amount of the transaction??
0