Is it set on sync mode or OFF? 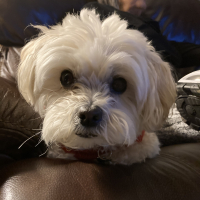 oldngrmpy1 Member ✭✭✭✭
April 20 edited April 21 in Product Enhancements (Windows)
After restoring a Quicken file to another PC, I wanted to double check my Sync setting, so I went to: Preferences> Mobile and Web and I looked at the screen where Sync is turned on or off and realized that illustration is not real clear to understand. With the black dot on toggle button on the left, next to the word "Sync" the illustration would leave you to believe that the toggle button is set to "Sync"! I think the illustration should be changed to: the word "Sync" above the toggle, then have the black button toggled to the left to the word "On" or the the right  for "OFF.  As it is now when the black button is on the left side next to "Sync" sync is actually OFF! What we don 't need is confusion in understanding this, and I wonder how many users misinterpreted what setting they had. After checking it myself I realized I better toggle it to try to understand it, so I have Sync set correctly. It really can be confusing!
Current Windows 10, Current Qkn Deluxe Win Subscription, Sync turned OFF
6
6
Up
6 votes