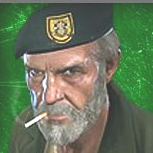 I have two requests that I sorely need and have been addressed in suggestions:

Improved Home Screen, i.e. a simple no-click Income and Expenses for the month.

On a 27" iMac the Home Screen wastes a bunch of real estate as it is now.

I am paying the same price as QW. Expect a bit more refinements. I feel you have been at this long enough to achieve greater parody