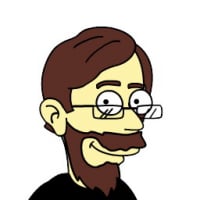 GeoDosch Windows Beta Beta
September 2021 in Errors and Troubleshooting (Windows)
I had an unusual situation that caused my paycheck, which is normally deposited into 2 separate bank accounts, to be deposited as 2 separate transactions into the same account. This caused one of the deposits to be missing from the account, even though it still appeared on the paycheck detail.
Here are the specifics.  The normal deposit is set-up as follows:
Bank 1: Fixed amount ($400) of paycheck
Bank 2: Remainder of paycheck
There was a problem with the direct deposit for Bank 2, so I received a paper check. I tried to deposit it to Bank 2, but their ATM was down.  Since Bank 1 had a branch across the street, I deposited it via their ATM.
Since both the direct deposit and the paper check deposit went to the same bank, I updated Quicken and moved the deposit transaction to Bank 1. Shortly after that I noticed the balance of my Bank 1 checking was off by $400. When I checked the register that transaction was missing, even though it was still showing in the Paycheck detail. I tried several things to fix it, but what I ultimately had to do was change the $400 deposit to show it went to Bank 2, then enter another transaction to transfer the $400 from Bank 2 to Bank 1, so that all the balances would be correct.
0