Identify amounts for upcoming bills that are estimated. 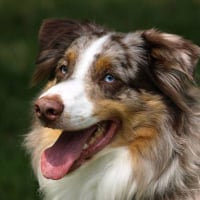 Bob_L SuperUser ✭✭✭✭✭
February 9 in Paying Bills, Online Billers & Reminders (Windows)
I enter bill amounts as soon as I receive the bill.  Then as the month proceeds it is easy to forget whether amounts shown on the Bills & Income>Bills, Income & transfers page have been updated or are still estimates.

It would therefore be helpful if the bill amounts that are estimated on the Bills & Income>Bills, Income & transfers page were identified as such.  For example estimated amounts could be shown using a different color font, or with an "e" attached.  When the amount shown is overridden via an edit it would revert to the normal color font.