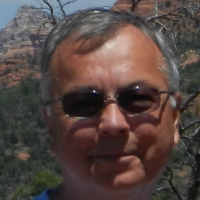 Bill44 Member ✭✭✭
August 2018 edited November 2019 in Paying Bills, Online Billers & Reminders (Windows)
Idea for Edit Income Reminder. In Optional Settings - Auto Enter in X Days. I have transactions due date set to the last day of the month. I would like the auto enter to occur the 1st of the month.
Member since 1984.
Quicken Premier.
Tagged:
2
2
Up
2 votes