MontanaKarl Member, Windows Beta, Mac Beta Beta
September 5 edited October 8 in Reports (Mac)
A key frustration for me with QMac is the tax report, particularly the Capital Gains (Schedule D) section.   Please display the full security name (or at least give an option to display it) as well as the CUSIP/ticker symbol.


QMac only displays the CUSIP (for bonds) or the Ticker Symbol (for traded securities) as seen in the screenshot below.  Once something is sold, you can't find it in the Portfolio... so I just don't see an easy way to see what CUSIP corresponds to what previously-owned bond (or treasury, etc).  Depending on the brokerage, at reconciliation time, their report will display the name... and NOT the CUSIP... so you have to guess to sort all of this out - or do a lot of Googling. 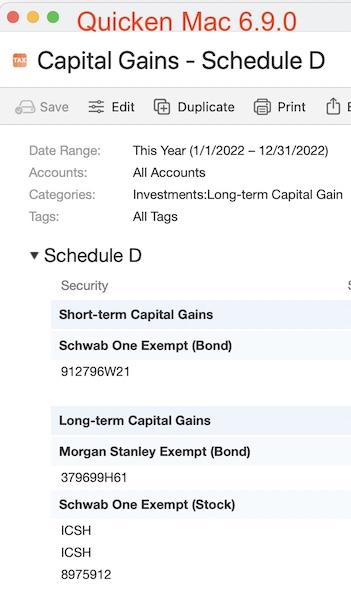 Curiously, QWin does not give the CUSIP for the US Treasury Bill ... but QMac does... although we have no idea that it is a Treasury Bill in the QMac report. 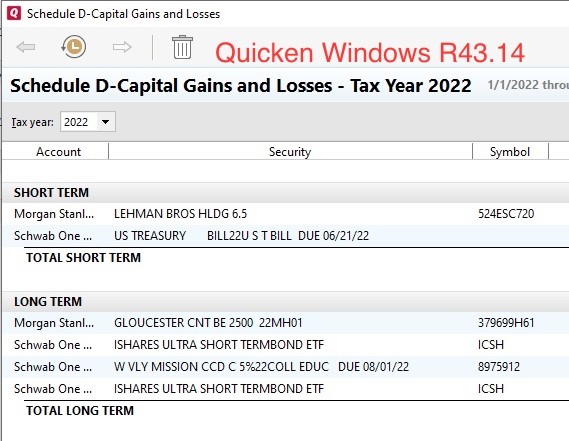