bmciance SuperUser ✭✭✭✭✭
June 2020 in Investing (Windows)
I have several views on my home screen where I break down investment accounts by security.  Up until the R27.24 update they worked okay (I could suggest some improvements but they were fine).  After the update the breakdown by security is no longer shown in the graph bars because they are all one color. 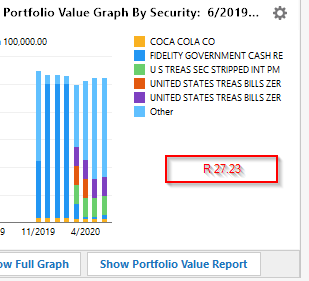 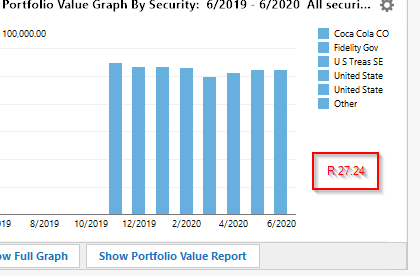 Don't pay attention to the scaling as one is from my old laptop and the font sizes are different.  The issue is with the bar colors.  In R27.24 the bars are all blue.  Previously they had different colors for each security shown.  If you hover over the bars the values are there. You just can't see them because they are the same color.

There is a very similar issue in the new Investment Dashboard although not as obvious.  In the Value over Time graph the bars are actually broken out by security which you can see if you hover over the bars, however the bars are all blue so you cannot tell.
3