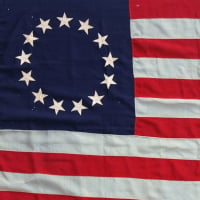 Bill25 Member ✭✭✭
November 2021 edited November 2021 in Download, Add/Update Accounts (Windows)
Latest status:
For this one user, my Qkn is now successfully downloading transactions from all 5 Schwab accounts. Qkn Subscription Version R36.41 Build 27.1.36.41 "Win 10 Enterprise", running on Win 11 Pro. I did NOTHING as far as running the prompted Qkn program update nor any MONDO patch, since it looks screwy to me I don't trust it! (Says I'm running version "R1").
Yesterday I had converted my accounts to the new connection method, but the alleged new transactions were not visible anywhere. Now it works as it should: those transactions and many new ones from today downloaded properly.

I hope everyone has the same luck I had.
beer mug.png 44K
Quicken (and TurboTax FWIW) user since 1992.
Windows IT Administrator since 2002.
Windows 11 Pro running on a crappy off-the-shelf HP PC.
Beer lover since 1968.
1