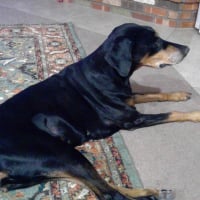 gooddog50 Member ✭✭✭✭
August 2021 edited June 14 in Paying Bills, Online Billers & Reminders (Windows)
Bills & Income: Citi Visa bill due again showing incorrect amount due. After going two months with no total balance due showing, it suddenly appeared after using "Update All" in the Bills & Income tab. The correct minimum due is showing, just the total balance due is incorrect, see attached below. The Citi bill as retrieved followed by the manual bill which is correct. Followed by a copy of the actual statement. Also worth noting, the attached pdf statement is taken from the downloaded pdf shown on the next line.

I have submitted multiple "Report a problem" files, contacted tech support several times regarding this biller, and submitted multiple requests for guidance to this forum. I have received several follow up emails from "Quicken support" stating that the problem was corrected, when nothing was actually done, the same problem was still present.
I have no complaints regarding this users group. Moderators and users suggestions and questions are extremely helpful, courteous, and timely.
What am I asking for?
A couple of questions..
Am I the only one having this specific issue? I know there have been multiple reports of problems retrieving bills from Citi, but anyone else experiencing the amounts due showing incorrect values?
Second ? If a user can submit a problem and it cannot be corrected via any suggested venue, what's the obvious next step. Just accept the fault in the program and move on?
To the obvious question of the source (Citi) sending out incorrect data, not likely. As mentioned above, the attached statement Quicken retrieved shows the correct total balance due. Additionally, my bank's BillPay fetches this same info and automatically sets up a payment for the correct balance due. I even went so far and to sign on to another "bill paying consolidator" (who's name refers to a spice), and lo and behold, it fetches the correct values also.
Regarding the obvious fact that it's an imperfect system all around, it can be done correctly.
I have been using my bank's BillPay for close to 20 years with nary a misfire. None, zilch, caused by the system. I, on the other hand have set up incorrect amounts or dates to pay bills, but not the BillPay system. So, it can be done flawlessly if the effort is made.

End of rant, thanks for viewing. And sincerely, thanks for all the great contributions shared in this forum. Keep it up.