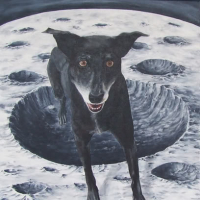 Moondoggy_1 Member ✭✭✭
February 2017 edited November 2018 in Investing (Windows)
I have an inherited IRA where each year I'm required to take an annual distribution.  When this distribution takes place and the transactions are downloaded from Edward Jones Investments, I have a 50-50 chance that Quicken is going to mis-apply the downloaded transactions to the wrong accounts and this year was no exception.

This is what actually happened:

Here's what Quicken did with the transactions:

One would think that I should be able to simply change the account in the distribution transaction from my wife's IRA account to another account and then change the debit transaction in my checking account to that same cash account so that the debit and credit offset each other but Quicken is making my life difficult because each time I attempt to do this, I get an error message that states that "This account is not able to have a cash balance". .

So....  Can anyone tell me how I can correct this mess in my account as right now my wife's IRA account is overstated by $3500 and my checking account is understated by that same amount.

Please note that this is Quicken Premier 2016.
0