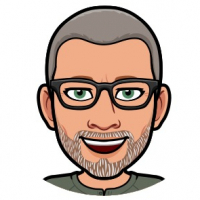 imdcareys Member ✭✭✭✭
September 2018 edited October 2018 in Registers & Transactions (Windows)
Quicken - Home, Business & Rental Property: 2018 v R11.18Windows 10 v1803On a new install of Quicken, I set up a connection to my bank.  All accounts and transactions from Day One of opening the accounts were created and downloaded. This is nearly 3 years of transactions. I don't think I need them all, but they do have the benefit of showing the correct current balances in each account. I do want to end up with accurate reports for 2018 and forward.I discovered the autocorrect feature for Payees, and have made one simple renaming rule. I have also corrected just a few transaction's categories. I'm thinking I could do this for one month of transactions (1/2018) and then somehow re-download the next month or the rest of 2018 and let the renaming rules "fix" all the transactions for the rest of the year. I would hope that it would also "fix" the categories for those I changed in January.I have seen some posts here that talk about redownloading everything, or downloading and removing duplicates. My bank transactions are downloaded using "Express Web Connect".My questions around this are: (1) Is it possible to just remove the transactions after 1/31/18 in all accounts in some way so that a fresh update will start with 2/1/18 and fix the payee names and categories?  (2) Further, is it possible to just re-download February, make further renaming rules and corrections and then repeat that process for each month?(3) Just for file size, could I also delete all transactions prior to 1/1/18, prevent them from downloading again, and then modify each account's opening balance?Thank you
QW Home, Business, & Rental Property - Current version
0