jacobs SuperUser, Mac Beta Beta
March 2019 in Community Improvement Suggestions
A recent change in the site configuration resulted in an "Accepted Answer" appearing in a thread twice: once at the top, immediately under the original post in the thread, and then again inline where it fits chronologically in the thread. I'm not a fan of this style, and urge you to change it.

the first problem is that when the first answer post becomes the "accepted answer," it then appears duplicated one after the other. Here's an example: 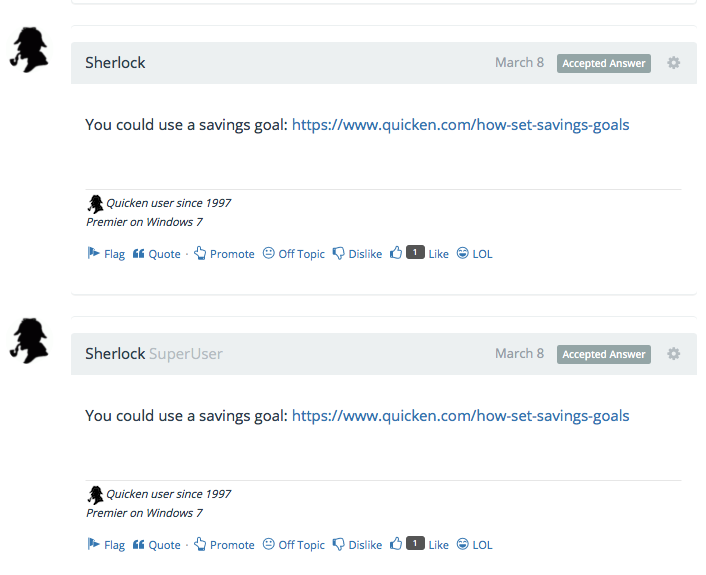 If the Vanilla software doesn't allow something like one of these two options, then I think it would be preferable to revert to the original behavior here, which is to flag the accepted answer but NOT repeat it at the top of the thread.
Quicken Mac Subscription • Quicken user since 1993
8
8
Up
8 votes