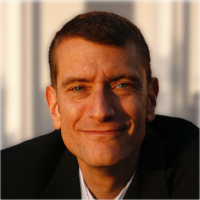 jrotenberg Member ✭✭
May 2019 in Investing (Mac)
Hello.  I have been a Quicken user & loyal customer since 1992.  I have also been a Fidelity Brokerage customer since 1996... which has meant that I have never been able to use Quicken on my Mac.  I have had to buy & maintain a separate Windows computer solely because Quicken Mac does not support the Fidelity Cash Management (checking) account.

Question:  Could you please please please include the Linked Checking feature on QMac?  My life would be so much easier if I could run everything on my Mac.  I imagine there must be tens of thousands (if not hundreds of thousands) of people in the same boat as me:  Mac owners who use Fidelity for their brokerage & checking.

What are your thoughts/plans re. addressing this critical problem in QMac?
3