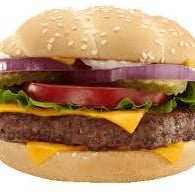 Chris Harris Member ✭✭✭✭
August 2019 edited August 2019 in Budgeting and Planning Tools (Windows)
I have my various budget categories set to rollover from month to month.  If my budget for food is set to $500, and I overspend in July by $100, I only have $400 left to spend in August.  However, lets say I have two other categories (Clothing & Home Goods) that are under budget by $50 each which, technically "cover" my overage.


Two approaches:
1. Spend $100 less in August.
2. Transfer the $50 surplus from both Clothing & Home Goods to Food where the budget will now show $0 over/under.


My response to these two approaches:
For #1 - This method requires that you've set your budget high enough that you'll rarely go over in any given category.  If not, your rollover amount quickly devolves into chaos returning worthless amounts with no basis in reality.  We're on a very tight budget with no margin so this isn't an option for us.  It's more likely that we will just keep going over each month in Food.

For #2 - From what I gather, there's no way to do this built into Quicken.  Another program with 4 letters in it's name (that I shan't name) does this exceedingly well; but lacks in so many other ways compared to Quicken.


My Question:  What workarounds have people found or steps do you use to approximate this movement of budget surpluses between categories within Quicken's budget?