Problem with TD Ameritrade Accounts that started about two weeks ago... 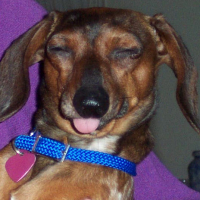 I spoke to Quicken about it. They backed up my Data, removed the TD Ameritrade accounts, and added them back. Then they restored the transactions and said that should take care of it.

What's happening is that the transactions and daily total balances are updating but when it comes to three columns (Day Gain/Loss, Price Day Change, and Price Day Change%) these columns all show zero. Even crazier, the positions that lost money show a red zero and the ones that gained show black zeroes.

The one exception to this was yesterday. I had sold STAAR surgical and bought Slack Technologies (WORK.) Of course, the transaction hadn't settled so STAAR was still showing as being in my Quicken account. Ironically it was THAT stock alone that showed a change in the three categories above...

I don't know if your guys have an explanation or if this is one of those things that both sides will point a finger at the other until enough complaints come in that one of you figures it out or not...

Just a heads up.