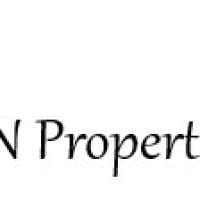 jnprop Member ✭✭✭
October 2020 edited October 2020 in Investing (Windows)
I have been spending some time in the Planning Tab and the Lifetime Planner. I am a long-term Quicken user but have never spent much time with these functions.

I have two retirement account plans at TIAA-Cref, a 403b and a 457b. They have always been in Quicken and connected, but like I said I never did much with them.

I deleted the accounts and reconnected and now it is displaying the 403b different. Before, it displayed just one account for each. Now there are three accounts under the 403b plan and one under the 457b. Before, the paycheck wizard put the deductions in the accounts.

Now with three accounts, it doesnt do that now. So that is one issue.

The other, is there a way to just display the two plans like before and not the individual accounts? I did not select this preference to my knowledge. It did it automatically.

If not, how am I going to address the 401K deduction from my check going into 3 accounts. Seems like the amount that goes into each is very random.

Any input would be greatly appreciated!
Tagged:
0