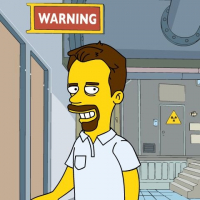 TedTheITGuy Member ✭✭
April 2021 in Errors and Troubleshooting (Windows)
Background: I am a network engineer and my home network is fully IPv6 enabled.

I just happened to look in resource monitor and noticed that Quicken was sitting there trying to access an IPv6 internet address over and over again. After a while, it would then finally connect to an IPv4 address and then Quicken finished loading shortly afterward.

So, for sake of troubleshooting, I disabled IPv6 on my PC. Suddenly Quicken loads almost instantly - as fast as you would expect with an NVMe drive.

I toggled IPv6 on and off a few times to be sure. When I turn OFF IPv6, Quicken connects to the IPv4 addresses and comes up almost instantly. With IPv6 turned ON, Quicken sits and spins while trying to connect to some IPv6 addresses out on the Internet, which don’t appear to be responding.

So, what is the problem with Quicken and IPv6?

Note: I have also submitted a similar report as a bug from within the application.
֍ Quicken Premier Subscription (R32.xx W10) • Quicken user since 1999 ֍
5