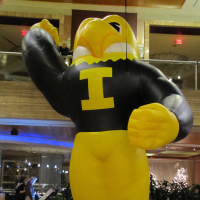 IAHawk Member ✭✭✭
December 2021 edited January 13 in Errors and Troubleshooting (Mac)
I get an Institution Login Sync Error, Error code: BID = 64065 whenever I attempt to update my Greenstate CU  credit card account.  I have verified my credentials by logging into the CU site directly and gone through the steps foe reconnecting the account. I'm running macOS version 11.6 on a MacB00k Air