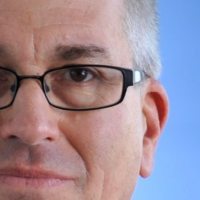 I'm finding a systematic problem whereby the totals for a particular account and category, in a Cash Flow report, are incorrect in Yearly or YTD but correct in Last Month and similar choices. The error appears to occur when I change a transaction that was in an earlier version of the report--the report's total uses the earlier value, not the current one.

So, for example, in a retirement account I'd originally entered a $636.69 uncleared transaction, a transfer to a checking account (this involves RMDs from retirement accounts). I generated a "Yearly" Cash Flow report for the current year with accounts as the row and the transfer account as the category. One item appeared, and the total matched the item.

Then the financial institution told me the RMD was going to be $585.78, so I edited the transaction accordingly, and it cleared with the revised amount. When I generate the same Cash Flow report now--that's the attached screenshot--the transaction shows up correctly as $585.78. But the report shows the total as $636.69--that is, the earlier value for the transaction.

If I change the report to, say, "Last Month" instead of "Yearly", the total is correct. But any yearly setting--Yearly, YTD, etc--yields the same incorrect total. Somehow the report seems to be using old, changed values for transactions. I've validated the file to make sure it's okay, and there are no errors generated. The same problem occurs for other retirement accounts where I've edited transactions after generating a report. The problem occurs even if I create a totally new report, rather than use the saved one.

This means all the yearly cash flow reports for transfers from my retirement accounts to my regular accounts are now being totalled incorrectly. That's a big problem.

Anyone have any idea why this is happening, or how to fix it? I've reported the apparent bug to Quicken via "Report a problem", including a screenshot of the incorrectly totaled report, but haven't seen any response or repair.
Screenshot 2022-01-08 115234.png 31K
0