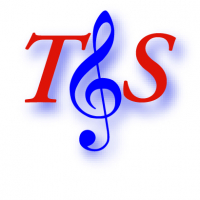 J D Thomas Member ✭✭✭
May 5 edited May 5 in Paying Bills, eBills & Scheduled Transactions (Mac)
I wrote about this a while back, but that discussion has been closed. So:
Some of my credit card bills show up as duplicate entries in the B&I window. Only some. Others are listed only once, which would be expected.
In my original post someone from Quicken asked if I am storing my file on Dropbox. I am. I need to access my file from any of 4 Macs here. I am the only one who accesses this file—EVER—and I fail to see why this would cause this issue. Others have chimed in stating they have the same problem, but no current tickets are open as of now.
If I delete the bill, both obviously are deleted. And if I reenter the bill, sometimes only one shows and other times the duplicate appears.
This is clearly a bug Quicken, and it's been ongoing since v5.x
I am on a Mac, macOS Mojave 10.4.6, using the latest Version 6.7.0 (Build 607.44072.100).
Tagged:
1