Return to prior version following updates

hmday Member ✭✭✭✭
February 3 edited March 3 in Download, Add/Update Accounts (Windows)
Every time quicken releases an update I get new problems. This last update 38.29 updated automatically and created several problems:
1) the lifetime planner events are no longer viewable
2) all my investment accounts converted to simple
3) several of my accounts (credit card, checking) etc. would not connect and I had to relink them
4) it screwed up my net worth report by repeating the same date columns...I dont know how to fix that 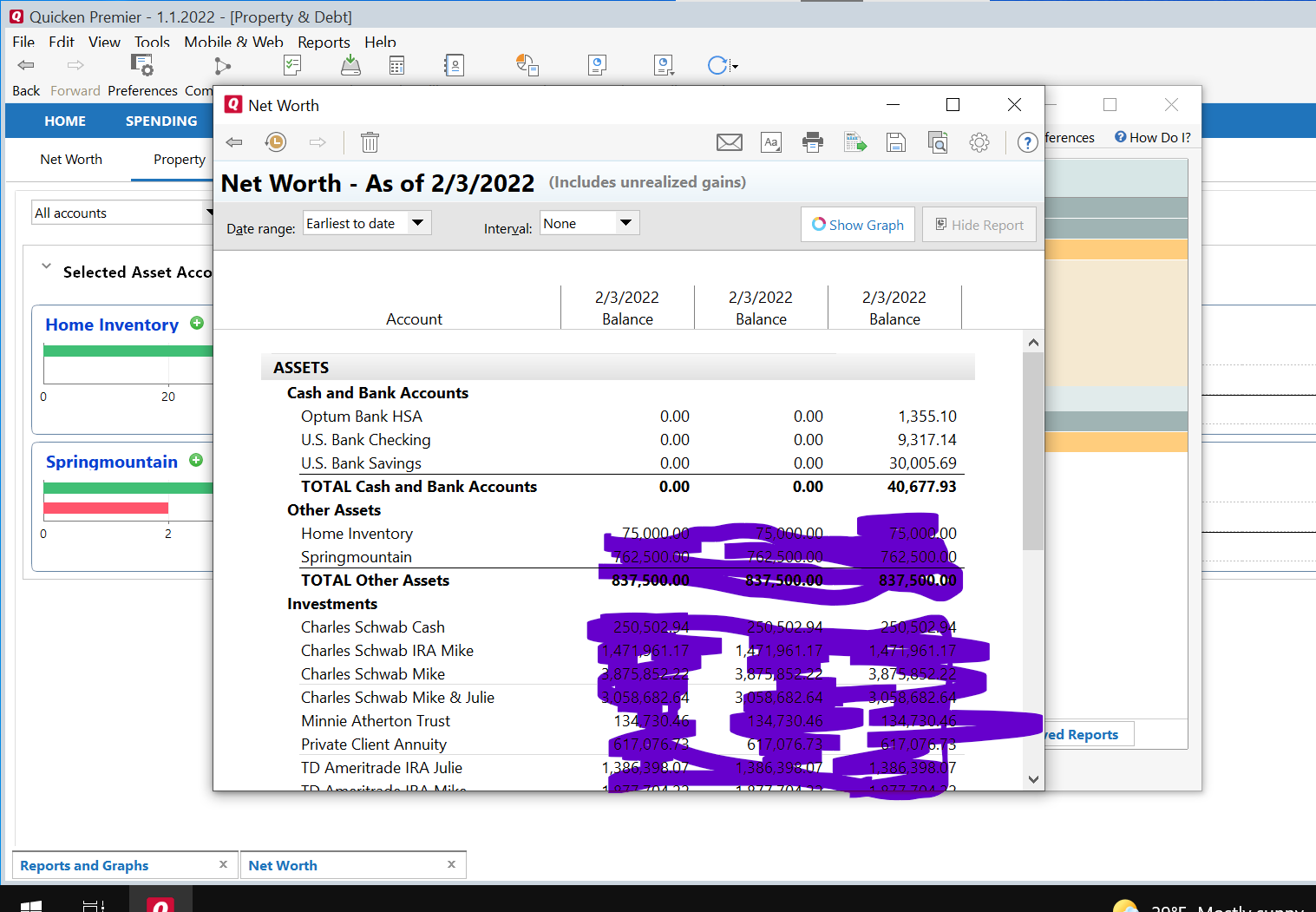 There are probably other issue I just haven't visited them yet.

I just finished rebuilding my file (25 years) for a problem that turns out to have been known but support told me I had a corrupt file. They told me the only solution was to start over and to rebuilt it. The problem occurred when I refreshed the bill & income screen, the file would crash. A month later quicken released a fix for the problem and it wasn't a corrupt file at all. It was the result of an update!

I have come to hate the updates, I want to reject them or at least be able revert back to an earlier version that works.....is that possible.