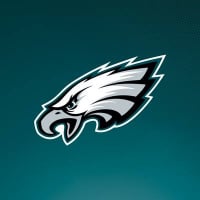 I noticed in my credit card accounts that none of my renaming rules were firing and all my downloads were in upper case. I took a look in Edit > Preferences > Downloaded transactions and all the check boxes normally set were mysteriously cleared. I took a look at past transactions in the register, and deduced this started happening around the beginning of August. I restored a backup from a month further before that just to look at what my settings were back then, and sure enough, all the boxes that should have been checked were. My current file passes Super Validate.

So, sometime in August, my settings got clobbered. I was able to recreate them from inspecting that old backup. It looks like only the "Downloaded transactions" settings were affected. They seem to be "sticky" across Quicken sessions, so all seems well now.

Since I did nothing different in my workflow, I'm going to blame the 4 or 5 August mondo patches I applied--one of them must be the culprit. I'm posting this in case anyone else sees such weirdness.

To state the obvious: a program update shouldn't be messing with your settings. The "Downloaded transactions" options, in particular, have such subtle interactions with each other, that once you get a set of them that works the way you want, it's awful to have the program clobber them.

Lesson learned: I'm taking screen shots of all the settings panels under Edit > Preferences just so I have them documented.