How to move 6 yrs worth of Sam's transactions fr one credit card account to another? 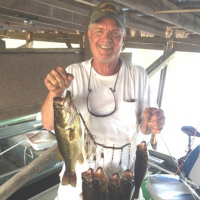 TPerk Member ✭✭
November 2021 in Download, Add/Update Accounts (Windows)
For 6 years have had to go to Syncrony site to export Sams CCard transactions. Have now discovered that adding account and selecting "Sams Clubworld Elite Mastercard" as the institution connects to same account but with Express Connect capability. Set up asked to to accept account as "new" into Quicken. It did not give me the option to "link' account to my existing Sams account. So now I have TWO accounts for Sams CCard.

I would like to somehow transfer hundreds of transactions from old account to new. I tried selecting numerous accounts for typical transfer, but Q would not do it.