Is there a way to change the default reconciliation status of imported transactions? 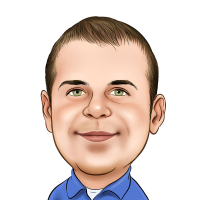 Andrew Angell Member ✭✭✭
February 25 edited March 25 in Registers & Transactions (Windows)
When I manually import QIF files from bank downloads it brings them in as Reconciled.  Is there a way to change this so they come in as cleared or even no reconcilation status?

Any information on this would be greatly appreciated.  Thanks!
Tagged:
0