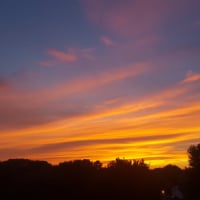 maxwelwp Member, Windows Beta Beta
August 27 in Paying Bills, Online Billers & Reminders (Windows)
All 5 of my payment accounts previously enabled for Quick Pay/Check Pay generate a Check Pay sync error. Although the repair process returns a "Payment accounts are in sync", payments still cannot be made using check pay. Requires a disable and enable then wait for the micro deposits to be made (2-3 business days) in most cases.

Once an account is setup as a payment account, shouldn't have to disable then re-enable again. I don't use these often, but I expect it to work when I do....
“Never stop dreaming, never stop believing, never give up, never stop trying, and never stop learning.”
Quicken user since 1993
Tagged:
-1