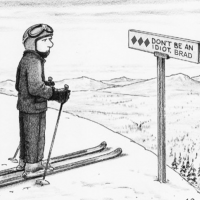 BK Member ✭✭✭✭
July 26 edited August 27 in Reports (Windows)
I would like to create a single custom report to:
I can enable subcategories from the Advanced tab of the Income & Expense by Category report, but there is no capability to expand and collapse those subcategories in the resulting report.  Any ideas if/how could this be done?  TIA
- QWin Deluxe user since 2010, US subscription on Win11
- I don't use Cloud Sync, Mobile & Web, Bill Pay/Mgr
Tagged:
0