Can't tie more than 1 downloaded security to the same security 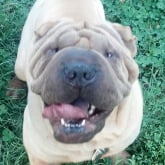 If you try and match more than 1 downloaded security to the same existing security the first downloaded security that you try and match will take.  The second and subsequent securities you try to match to the same security will act like they matched (i.e. you can select "Yes: this matches the existing security below radio button and select the security and click next) but when you go into the register what has happened is that you will see one transaction matched to that security but all subsequent transactions will have created new securities instead of matching to the security you selected.