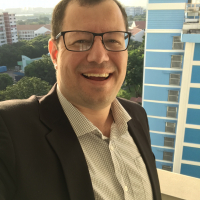 DiogCuba Member ✭✭
December 2019 edited December 2019 in Investing (Windows)
Hello, I am from Brazil and all my stocks are listed in BOVESPA which means I have to create a CSV file from Google Finance or Yahoo and import these data to Quicken every now and then to seet the poerfomance of them.

It turns out that if I do the manually update via de Security Detail View I can input: DATE, PRICE, HIGH, LOW, VOLUME. But I would have to waste a lot of time to do that operation everyday for all my stocks...

If I do the file import from a CSV file I then get only to import DATE and PRICE only.

I wonder if there is a way I can import the same information I can input manually: DATE, PRICE, HIGH, LOW, VOLUME.

It seems in the past it was possible but that format is not working on my Quicken 2017.
0