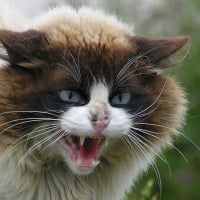 BobC Member ✭✭✭✭
June 2020 in Questions about using the Community?
I see various posts which reference private messages, but it appears the only way to access them is to have someone private message me,  to which I can then respond.  It appears the "someone" is limited to a Quicken employee or moderator or an experienced user/moderator.  Is this correct?  Or is there a way for me to private message another user?
The reason I am asking is my desire to thank Chris_QPW for his recent thread on Citibank Direct Connect failure, and his knowledgeable and useful posts, which I am sure helped get the issue the attention it needed to get fixed. In addition, his posts provided significant help to me to understand the differences between direct connect, express web connect, and web connect, all of which were valuable to my understanding of Quicken and its connectivity to my FIs.  That thread / discussion is now closed to further discussion, so I couldn't post this thought in that discussion, where it might otherwise belong.  Hence my desire to PM him.  And my question to this part of the forum.  Anyway, if you see this, Thanks Chris.
Thank you,
BobC
Thanks,
BobC
Quicken Home, Business & Rental Property - Subscription, Build 27.1.37.67,
Windows 10 Pro Version 21H2 OS build  19044.1503 Exp 120.2212.4170.0
4