I have 3 Visa Card Accounts at Chase Bank 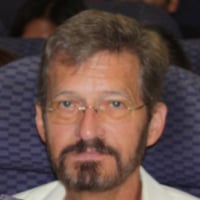 Richard174 Member ✭✭✭
August 2020 edited June 1 in Paying Bills, Online Billers & Reminders (Windows)
I have 3 Visa cards with separate account numbers at Chase Bank. When I try to add the accounts for Bill Manager, the software does not add them correctly. The first account I add appears to show up correctly on the Bills and Income screen. When I try to add the second or third account they do not show up on the Bills and Income screen. Each of the 3 accounts is for a different entitlement program, so I don't have the option of cancelling or combining the accounts. If I cancel one, then my accrued points for that program will expire. With Quicken Bill Pay, I had all 3 accounts added under the account type followed by Chase Visa (for example, United Chase Visa). The update function would call Chase once, but update all 3 accounts. Can someone please advise me on how to deal with this problem?
0