Restore from Backup Did Not Download Gap Data From EWC Accounts. 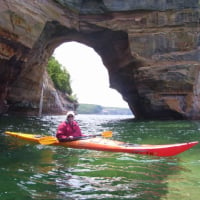 markus1957 SuperUser, Windows Beta Beta
April 2021 edited May 31 in File Conversion and Backup (Windows)
After a glitch (I mouse clicked another register too soon) at the end of an Accept All after OSU caused a crash, I was missing downloaded transactions from some direct connect accounts.  I thought the easy thing to do was to restore from a backup.  What I found was that the direct connect accounts updated again as expected, including retrieving the missing transactions but that the EWC accounts did not download the gap data to bring the EWC registers back up to date.  I have sync Off, but we know there is still a cloud file of transactions kept by QCS.

That got me to wondering about how the new cloud based QCS channel reacts to restored data files.  I wonder if EWC downloads are now kept in the Cloud rather than the Zip'd QEL folder. I had to do a new restore from backup, then turn On Sync with no accounts set to sync. I reset the cloud file, then turned sync Off again, closed & opened Quicken.  Then ran OSU which brought both direct connect and EWC accounts, including a few EWC transactions from a couple of months back.  The EWC accounts did not act like an account reset or deactivate which can bring a whole bunch of old transactions.  I did see some cloud interaction during the first restore, but for some reason the cloud file did not get the memo that a restore was done and it needed to send down more than just new transactions.  It took a Reset of the cloud file to get it back to the same date as the desktop file.

Being more interested in getting the file restored, I did not pay close enough attention to be able to explain exactly what happened.  What I can say is that restoring from a backup when the data file is set with Sync Off, did not work as expected.  Quicken must have a built in Reset process for the cloud file during a Restore, but I wonder if it does not fully complete when Sync is Off?  Or maybe it was a one-off.  Just thought I would post in case others see unexpected issues after a data file restore.