MontanaKarl Member, Windows Beta, Mac Beta Beta
November 22 in Download, Add/Update Accounts (Windows)
I was just about to try some of the suggested ways of getting Schwab accounts re-connected... and got the attached after entering my Schwab userid/pw...  Schwab itself is saying that their Quicken-specific authorization feature is temporarily unavailable.

It is a shame that this happened and at the same time a moderator closed the thread in which we were all discussing ways of getting Schwab connected.  Nobody from Quicken nor Schwab has "spoken" to us today via an announcement, but our discussion thread has been closed? 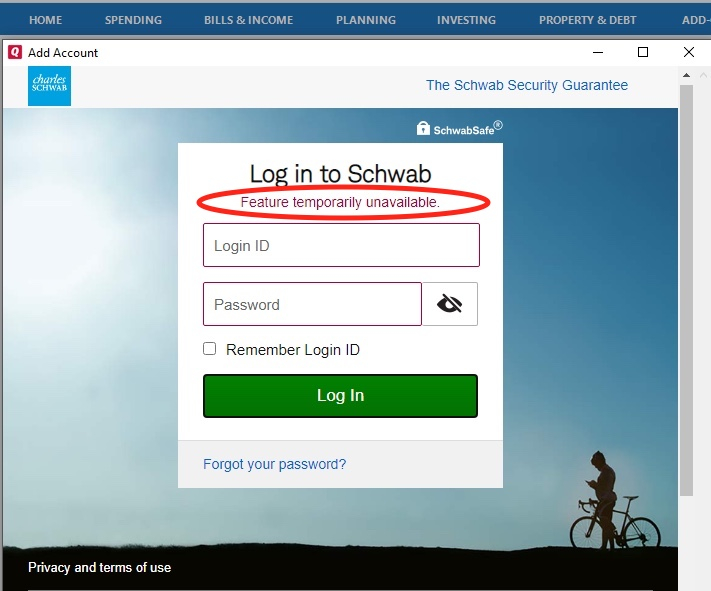