Does anyone know how to get Q2007 to download transactions? 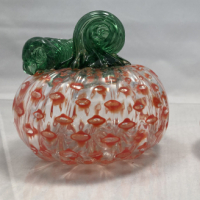 ellyenne Member ✭✭
October 2020 in Download, Add/Update Accounts (Mac)
Does anyone know how to get Q2007 to download transactions?

Been using Quicken since 2004, and stopped "updating" at Q2007 as each update took away necessary financial functions. It still worked perfectly, but suddenly stopped downloading transactions May 15, 2020 with the dreaded OL-209. Some accounts I could download & transfer by QXF file, but not the important ones.
Nothing on my computer had changed, meaning that something else had.
Despite the terrible experience I had with Q2015 for Windows (using it for a non-profit), When the Quicken Support Person told me they had fixed all the problems in Q2020, I bit the bullet and forked out the money for Q2020. What a disaster. My budgets were lost. My stocks were completely messed up. It kept about 10% of the "reconciled" information and duplicated 100's of transactions, so I literally had to hand correct those those transactions to my original Q2007. Then it started posting the wrong amount for my Mortgage to the wrong categories. Oh, and it lost 1000 QuickFill transactions.
And don't get me started on the interface - it's a nightmare. NOTHING stays where I put it, and I have to take my hands off the keyboard to click on a symbol just to ENTER a transaction. Meanwhile, it is next to impossible to close and save one. Enter just re-opens it. You have to enter, then down arrow. So completely counterintuitive.
So, about 100 hours to get it updated, and I still don't know if everything is correct in the older accounts. That's phase 2 of the project.

So my advice is don't change unless you have to.

Meanwhile, does anyone have any "tricks" on how to get Q2007 to work again? PLEASE?
Tagged:
1