Even though this problem is being reported in other threads, I have decided to post my own thread because I want to get right to the heart of the problem without the confusion/distraction of "other possible cases" that might be suggested.

The main problem is that investment positions comparisons in Quicken are reporting a difference between Quicken and what the financial institution is sending, "sometimes".

Here is the start of a compare of two updates.  At first glance one might say "look the security position information is missing on the right, that is the problem".  But in fact it is the one on the left that is gave the compare fail! 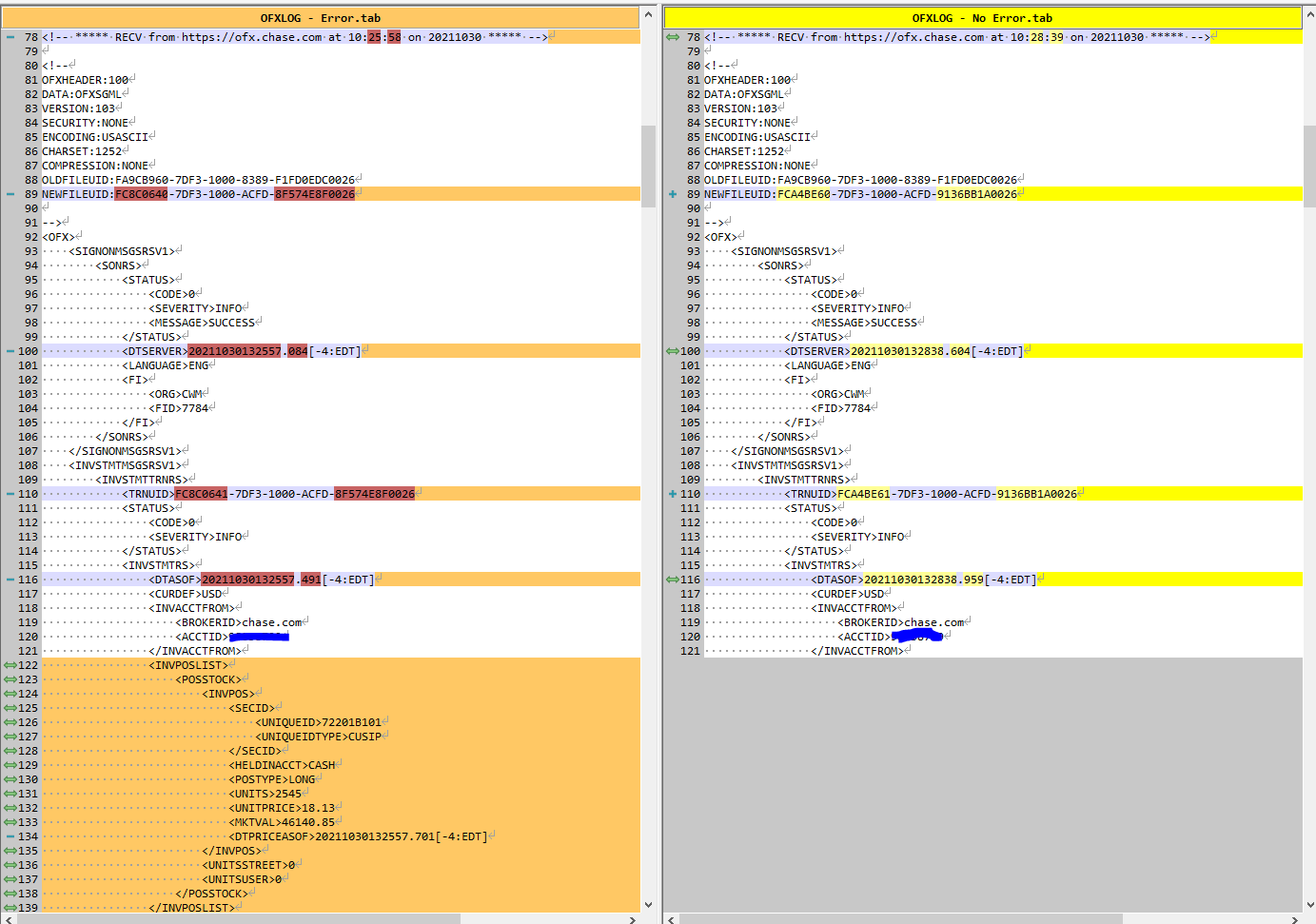 So we scroll some more.

As you can see the investment position information is in fact in the one on the right, just at the end of the main investment section instead of at the beginning section like it is on the left.

I have done lots of updates and checked this and even used different versions of Quicken.  Quicken isn't sending anything different, Chase is just randomly putting the information at a different spot.  There isn't anything in the OFX standard that says that these sections have to be in a certain order.  But clearly Quicken is coded to so that it expects this data to be at the end of the investment data.

[removed - confirmed to be inaccurate later in the thread]
Signature:
This is my website: http://www.quicknperlwiz.com/
0