Reverse decision to include pending transactions in downloads 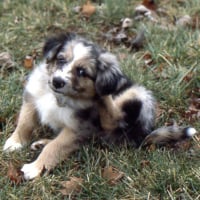 splasher SuperUser ✭✭✭✭✭
October 2022 in Manage Accounts and Transactions (Windows)
The new process that includes pending transactions in the downloads is causing lots of issues.
The decision to implement this was a mistake and it needs to be rescinded.
-splasher  using Q continuously since 1996 -  Subscription Quicken  -  Win11
-Questions? Check out the  Quicken Windows FAQ list
25
25
Up
25 votes